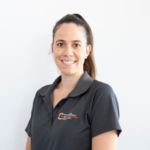 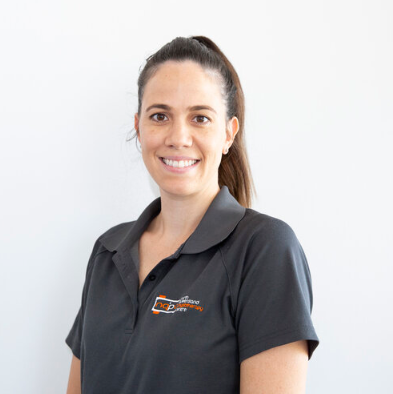 Leisha grew up in Mission Beach and later moved to Townsville with her family where she completed Grade 12 at Ryan Catholic College.

Leisha has always been involved in a wide range of sports from a very early age including netball, touch football, dancing, athletics and martial arts.Her keen interest in sports continued throughout her high school years and her focus became netball when she was selected as a part of the Queensland Academy of Sport in 2006. Her love for sport and interacting with and helping people, lead her to make a career choice as a physiotherapist, which she says she couldn’t have picked a more rewarding career!

Leisha graduated from James Cook University in 2011 and started work at NQPC in early 2012. She has been very busy raising her 3 young children over the past 5 years and Leish is currently working part-time at our Kirwan clinic. Her bubbly and professional personality has helped her maintain her skills as a physio working predominantly with musculoskeletal injuries.

Leisha is also a qualified instructor for Clinical Pilates and thoroughly enjoys one-one one and group interaction involving rehabilitation and strengthening to assist with injury, pain and general wellbeing.