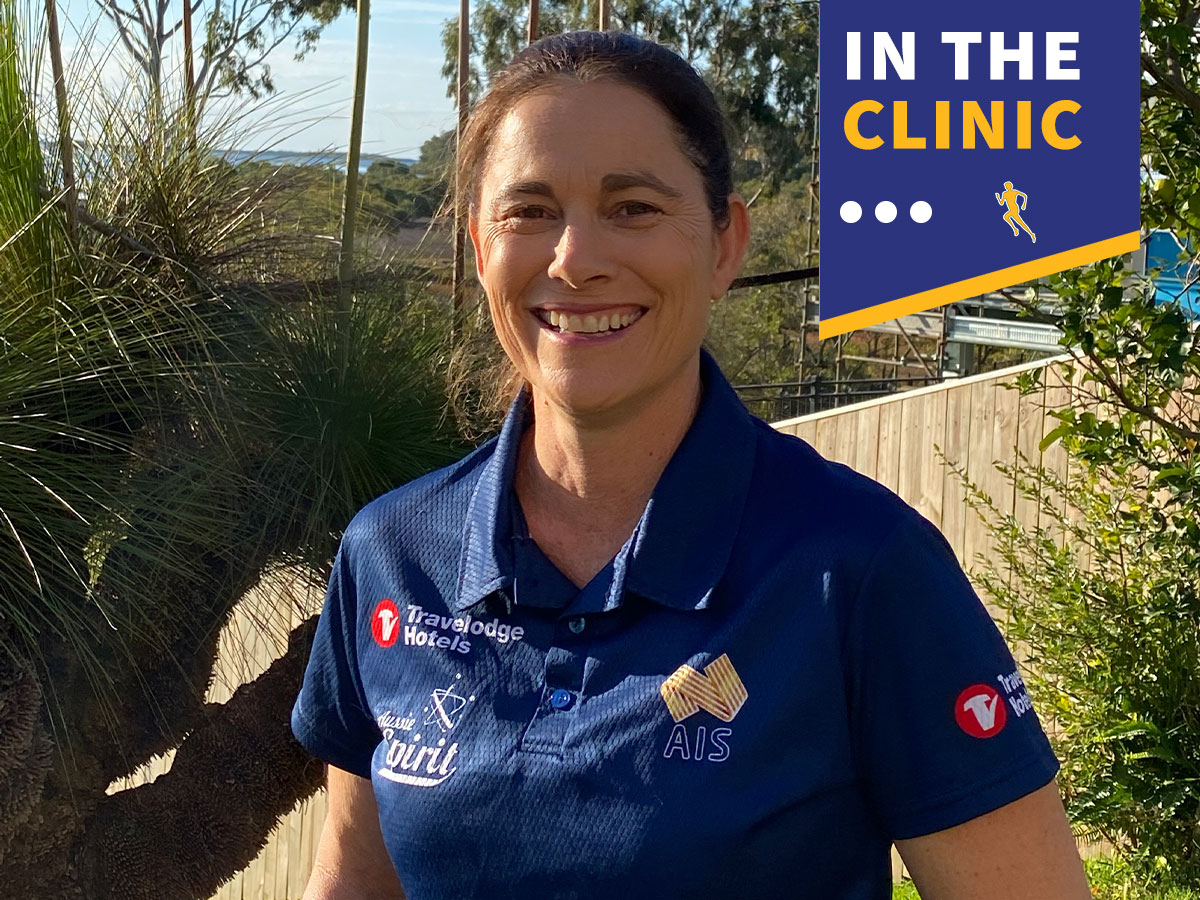 In the Clinic … with Kathy Mitchell

Allsports Physiotherapist Kathy Mitchell will join the 15-strong Australian Softball Team in Tokyo as Team Physio, marking the sports first appearance at the Olympic Games since Beijing in 2008.

The team, known as the ‘Aussie Spirit’, were the first Australian athletes to arrive in Tokyo and will compete in the inaugural event of the Games against the host nation. Softball is Japan’s national sport, and the game will be held in Fukushima, the site of the 2011 nuclear disaster, bringing much-needed goodwill to the region and its people.

“It says a lot about the connection between Australia and Japan as friends that the competition starts here with us”, said Kathy.

While the current COVID conditions will undoubtedly change the atmosphere from past Games, especially given the recent decision to ban spectators, Kathy says the team are focusing on playing their best game.

“The Australian Olympic Committee (AOC) and Games organisers are doing everything they can for the Games to be as safe as possible. The safety protocols in place mean the team can focus on competition,” she said.

Initially joining the Australian team at local competitions, she travelled to Japan in 2017 and loved every minute of it. From then on, she was invested in the team’s journey to qualify for and then compete at the Tokyo Olympics.

However, a new rule could have hindered her ability to join the team if they qualified.

“Several years ago, the AOC determined that only Sports Titled Physios could attend the Olympics”, she said.

So, while working full time and being a mum to a young family, she completed two years of study to gain her Title in Christmas 2019, just several months before the original 2020 date of the Olympics.

“My mindset was the team had their faith in me, so I needed to do everything I could to continue to support them on their journey and have a good hard crack at it”, she said.

The team qualified by winning the Asia/Pacific Olympic qualifier in China in late 2019, allowing only four runs scored against and committing no defensive errors throughout the entire tournament.

“Qualifying was the best feeling. To think I had been part of the journey. Knowing the team was a step closer to achieving one of the greatest milestones of their career, to compete at an Olympic level”, Kathy said.

As a physio, Kathy has worked at several multi-sport events such as the Asia-Pacific Games and the Commonwealth Games.

While Tokyo will be her first Olympics, Kathy has had a long love of sport and the variety it brings her as a clinician. However, local sport is equally important to her. Kathy has spent more than 20 years on the sidelines for the Wynnum Manly Seagulls and several years with the Brisbane Tigers. She believes this has strengthened her skills and knowledge of sports injuries.

Kathy is a Senior Physiotherapist at Allsports Physio Wellington Point and says she loves the people she works alongside and the patients she treats.

“What I enjoy most about my work is being part of people’s life and journey, whatever that may be. Whether an older person wants to improve balance or someone striving to win Olympic gold”, she said.

“Most people don’t realise the extent of what physio do and the things they treat. From vertigo, balance, children with developmental issues. I think it’s a common misconception people have about our industry”, she said.

The Wellington Point clinic has seen significant growth over the past few years, mirroring the region’s transition from a predominantly agricultural setting to an ever-growing urban hustle. Kathy has a strong belief in allied health benefits and set to work creating a multi-disciplinary clinic several years ago.

“We now have consulting dietitians, sports doctors, podiatrists, and offer massage and hand therapy”, she said.

“I’m very fortunate that I picked a career at age 16 that I thought I would like, to have worked in an industry I love for almost 30”, she said.

We wish Kathy and the “Aussie Spirit” all the best in fulfilling their Olympics dream.