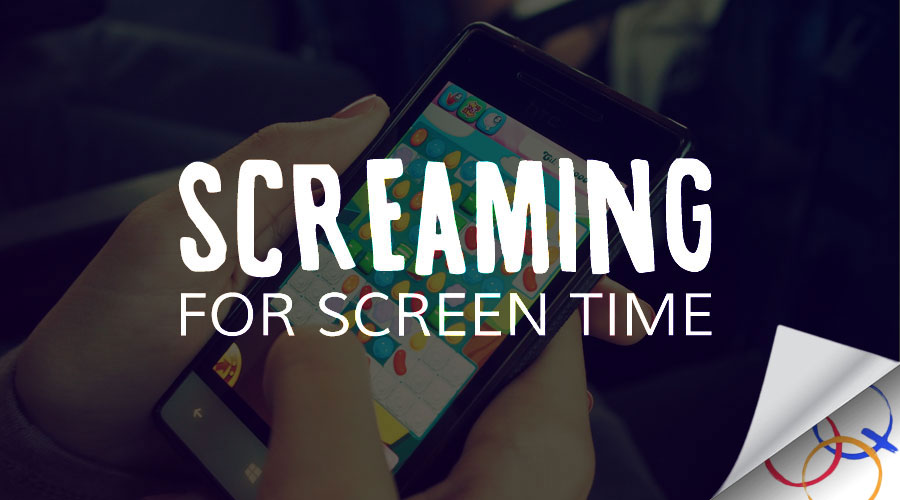 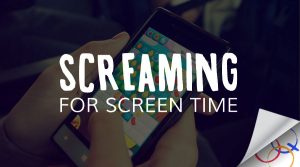 Screens are everywhere these days and as a result, managing a child’s screen time has become even harder for parents. So what is screen time? What are the effects of screen time? And how can we manage how much time children spend watching screens? Screen time is defined as any time spent watching TV, DVDs, using computers, playing video or hand-held computer games or using tablets or smartphones.

The Australian physical activity and sedentary behaviour guidelines state that children under the age of 18 to 24 months should be avoiding screen time altogether. The guidelines go on to explain that a variety of TV programs have been created for children under 2 however it is questionable whether TV enhances development in the first two years of life. For children aged 2 to 5 years, sitting and watching television and the use of other electronic media such as DVDs, computer and other electronic games should be limited to less than one hour per day. And for children aged over 5 years, the use of electronic media for entertainment should be limited to less than 2 hours per day for leisure.

But… is this realistic?

Twenty years ago, TVs were the main (and sometimes, only) screen at home and it was much easier for parents to control their child’s screen time. These days, families may have any number of TVs, tablets, smartphones, laptops and game consoles in the home environment. Electronic devices are also present in early childhood education centres, childcare facilities and schools. This represents an even bigger challenge for parents of today. No longer do children need to venture outside for entertainment or to meet up with friends. Instead, they just hop onto an app or social media network. There are also increasing safety concerns surrounding these mediums of communication and there has been more of an emphasis placed on planned and structured activities instead of ‘free play’.

What are the effects of screen time?

As children today grow up immersed in digital media, it has both positive and negative effects on healthy development. Screen time can be used as a tool to help children create, connect and learn new things. Parents, however, must be actively involved to help their child understand and make good decisions (e.g. games to play and programs to watch) about the use of digital media. Screen time can also have many negative consequences. Physically, children may complain of sore, irritated and dry eyes, headaches, neck pain, fatigue and being inactive can lead to a less active lifestyle increases the risk of being overweight or obese and associated co-morbidities (e.g. diabetes). Too much screen time can also impact development e.g. language and social skills. For older children this means it can impact conversations, eye contact, attention and concentration, interpreting body language, making friends and even having interests outside of screen-based activities.

In late 2016, the American Academy of Pediatrics (AAPs) revised its stance on screen time to keep up with today’s digital age. The AAP’s media committee wrote, “In a world where ‘screen time’ is becoming simply ‘time’, our policies must evolve or become obsolete”. The committee was clear, however, that the same parenting rules apply regardless of whether it’s a real or virtual environment – set limits, teach kindness, be involved and know your child’s friends and where they are going with them. The most important new recommendations include:

So… how do parents manage screen time and motivate children to play without the use of screens?

To combat the physical problems identified above make sure your child regularly looks away from the screen into the distance, use a tablet stand, take regular breaks and encourage them to move around. Also, encourage physical activity to be part of your child’s daily life e.g. parking further away and walking to/from school a few days a week, exploring a new playground every weekend or enrolling your child into their favourite sport or community activity or make plans for an active family activity on the weekends like a bike ride, bush walk or trip to the beach. To reduce development concerns, balance time spent using screens with other activities, create screen-free zones and times (for the entire family!) and play music instead of turning on the television in the background. At the end of the day, we need to remember that it’s not so much about the idea that screens are BAD rather; social, cognitive and physical activity is GOOD for children. As physios, we aim to help children develop the strength and skills for children to be actively involved in physical activities and participate in activities of daily living to the best of their ability – whether or not there’s a screen involved.