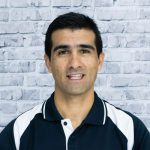 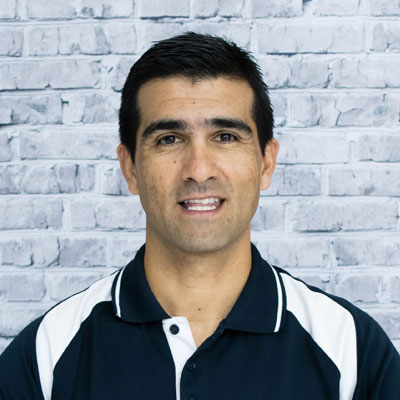 Sep graduated in 2000 from the University of Queensland, and shortly after moved to the UK for a ‘working holiday’ to chase his dreams of working in professional Rugby. During what eventuated as five years, Sep spent the first two years as a consultant physiotherapist to the UK Ministry of Defence stationed at various army and air force bases around England. He finally managed to land that role in professional rugby as Head Physiotherapist for the Worcester Warriors Rugby Football Club in the English Premiership. Deciding a change of scenery was needed, Sep spent the final year as a physiotherapist to Disney’s The Lion King in London’s West End. Over the course of his career, Sep has consolidated his strong manual therapy and corrective exercise background via a multitude of professional development courses. Eventually returning home in 2007, Sep went on to:

If he’s not at work, Sep is usually chasing his two girls around. When he a gets a chance, he’s off pedalling his road bike around South East Queensland and loves taking part in occasional Gran Fondo. In 2022, he hopes to take part in BikingMan Oman, a 1050km cycling race circumnavigating the Sultanate of Oman.