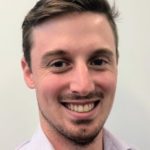 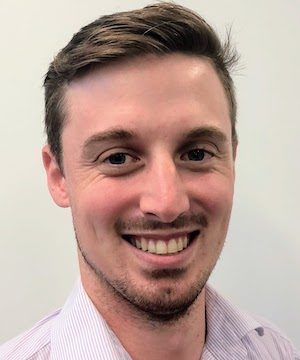 John Ferguson joined the PhysioWorks team in 2018 after graduating from the University of Queensland with Honours in 2016. John had previously practised in Toowoomba, working with many amateur and representative sporting teams, including the Western Mustangs RLFC and South Western Thunder FC. Since Commencing at PhysioWorks, John has expanded his sporting knowledge by working in assistive roles for many sporting teams, including Brisbane City Football Club and Western Districts Gymnastics.

Additionally, John has worked extensively with patients suffering from age-related or overuse injuries. He has a particular interest in tendon injuries and the management of biomechanically driven aliments.

A keen sportsman, John has broad personal experience in various sports, including Rugby Union, Rugby League, Touch, Athletics and AFL, which he uses to inform his practice relating to contact and sports injuries. John has also worked extensively with runners of all ages.

John has a particular interest in knee, ankle, and neck pathologies and focuses on providing his patients with the most current evidence-based practices to ensure a comprehensive recovery.  John has a passion for empowering his patients to return to their sporting or vocational endeavours through meaningful interventions and patient-specific rehabilitation plans.