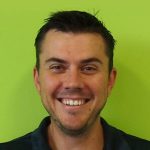 Ben was born and schooled in Bundaberg and at a junior level represented Queensland in Soccer, Cricket and Volleyball. After graduating, he worked for the Allsports Physiotherapy & Sports Medicine group in Brisbane for a number of years, where he was exposed to, and had the pleasure of working with, such sporting organisations as the Brisbane Broncos, Melbourne Storm, the then Queensland Roar Football Club (now Brisbane Roar) and the Norths Devils (QLD Cup Rugby League). Ben has also been lucky enough to travel as the team physiotherapist for the Australian Schoolboys Rugby League team from 2010 to current & QLD Schoolboys Rugby League team from 2007-2011. Ben is also lucky enough to have worked with the Queensland Rugby League emerging state of origin junior teams since 2016. Ben has been appointed as a regional physiotherapy provider to the Queensland Academy of Sport and worked at the 2018 Commonwealth Games as a clinical sports physiotherapist.

Locally, Ben provides physiotherapy services to the Past Brothers Rugby League club and Bingera Football Club. Personally, Ben has a keen interest in improving his golf and stand up paddle boarding and has started enjoying the challenge of F45 training. 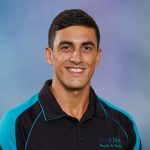 Aaron graduated from the University of Hertfordshire in 2016 with a Bachelor of Physiotherapy (Hons) and has been working in private practice with a sports-based emphasis ever since. Because of his interest in sports, Aaron has grown to believe that most musculoskeletal issues can be treated or prevented through non-medical or surgical means.

He is passionate about implementing strength training and “prehabilitation” to prevent injuries before they occur by screening players for potential strength or mobility deficits and customising suitable strengthening programs.

Last year, Aaron spent his time working with the Cairns Lions AFL team to help with their injury-prevention and rehabilitation. In his spare time, Aaron is a passionate Liverpool supporter who enjoys time with friends and family, and regularly trains in athletics (sprinting) and weightlifting. 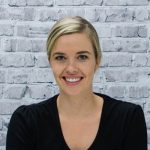 Erin’s main interests lie in the assessment and management of people with tendon conditions, sports rehabilitation and exercise prescription. She spent 6 years’ working with the Labrador Tigers AFL Club and was their Head Physiotherapist from 2014-2017. During this time, she developed a range of skills rehabilitating athletes from various forms of injury. She has also worked with a range of elite athletes in various other sports and has travelled internationally with the Australian Athletics team and has helped with game coverage for the Women’s Roar team. Erin graduated from Griffith University in 2012 with a Bachelor of Physiotherapy (Honours) and a Bachelor of Exercise Science. Her Honours research focussed on identifying risk factors for musculoskeletal injury in athletes. She remains very interested in the prevention of injury and this helps her work effectively with patients of all levels of activity to achieve their goals. 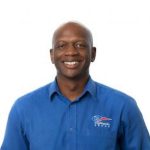 George started working as a junior physiotherapist in the National Health Service then worked in private practice for a number of years treating orthopaedic acute and chronic patients. George has also worked with a number of teams including the Great Britain Freestyle Ski Team and at the London Olympics

Special interests include the lower limb, orthopaedic conditions and sports injuries. Most of his spare time is spent with his family, however, when he has the opportunity he is a keen sportsman with rugby and football his main passion. 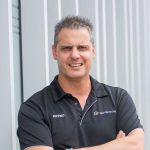 Paul has a strong interest in sports rehabilitation which is evident through his involvement with a number of different sporting organisations including Junior Queensland Football, Townsville Fury A-League Club (2000 to present) and Townsville Crocodiles (1998- present).

Paul established SportsMed NQ in 1995, and it has since grown from one physiotherapist to three locations across Townsville. Paul enjoys working with a great team, who together, continue to improve their skills and knowledge to better serve Townsville’s community.